Every year, we field a team of competitors to compete at the CMP Regional Games held at Camp Butner.

Not only do we award our best shooters every year, we also raffle off an M1 Garand. 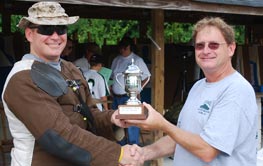 Our big event, a Garand-only match in honor of one of our founding members. Held every year in June. 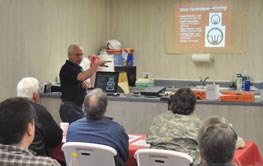 We start the season with a clinic, and we have experienced shooters who will help you out with your marksmanship at every match. 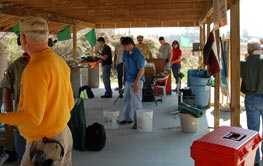 Membership in our club is not required, and you may shoot any safe rifle that allows you to follow the course of fire. 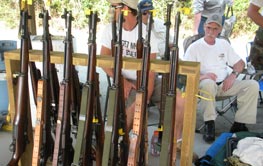 We encourage new shooters to come out and try a match, and we will loan you everything you'll need .

We were finally able to get our first match of the season in on June 20. It was a bittersweet match as we said hello to everyone, commemorated one of the founders of DEGS, John Wallace, and said goodbye to Richard Martinez who is transferring to Quantico as he furthers his Marine Corps career.

Our overall match winner was Joe McMillian who turned in an impressive 289-4X. His score surpassed all other competitors with the Garand as he earned the 2020 John Wallace memorial cup. Jason Cisarano turned in the high score in the as-issued modern military category with 273-3X. Dewey Hales took top honors in the unlimited modern military class with a 290-7X. For a full breakdown of scores, see below.

Although we have moved to phase 1 in reopening the state, the restriction on groups greater than 10 remains in effect. In order to continue to keep our members safe we are canceling our May match which had been scheduled for next Saturday, 16 May.

We hope that all of our members continue to remain safe and hope that we will be seeing you on the firing line next month. 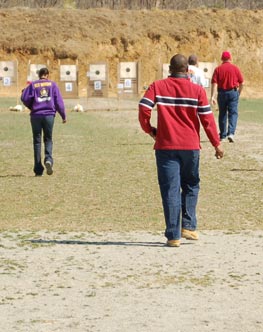